With warmer nights comes more nocturnal snakes! Luckily for us Brisbanites, most of these encounters are either with big but essentially harmless pythons, or with small, shy, and usually only mildly venomous elapids, such as the crowned snakes of the Cacophis genus (there are of course exceptions, such as the eastern small eyed snake Cryptophis nigrescens, which although rather small and inoffensive, is highly venomous). Common to suburban Brisbane’s woodlands as well as suburban gardens, leaf litter and compost heaps, the White-Crowned Snake (Cacophis hariiettae) is about as close to harmless as the elapid snakes come. It hunts mostly at night, sneaking up on small lizards while they sleep, or digging around in leaf litter for lizard eggs, so it’s venom is not exactly desgined to take down large prey and is therefore extremely mild. Furthermore, crowned snakes have a habit of bluffing and displaying rather than biting. In the Golden-crowned snake (C. squamulosus) this involves standing in an upright S-bend to display the gorgeous orange belly spots. The white-crowned snake, not so much. They kind of sit up and occasionally thrash around, which I think is kind of mock-striking since they’re usually far from any target, and they hiss and carry on like an angry black snake. All that bluffing and F U attitude in a fairly harmless little snake. It’s really all quite cute, and how our protagonist in the following tale earned her name, Sassy. Onto the story, we had a recent call out for a small snake in a kitchen in southwest Brisbane around 8pm, which over the phone we identified as a white crowned snake. While glad to hear the snake was fairly well harmless to a healthy adult, the client was rightfully concerned since he suffered from a severe kidney disease. Needless to say he was happy to see our little friend bagged and removed, however we immediately noticed multiple punctures and a bad skin tear near the tail, very much indicative of a cat attack. Since no vets were open we gave a mild betadine wash to the main would and punctures, and housed her in a sterile tank.

Now, despite the inevitable stress of capture and transport, the wounds and injuries, and despite undoubtedly being dragged inside a strange house by a comparatively gargantuan feline, this tiny snake kept up the attitude! Always bluffing, throwing little fake strikes, keeping her eyes on me whenever I was moving around her temporary tank setting up her enclosure and always the short, explosive hisses as if she understood the meaning of all my efforts and labour, yet she was still very much displeased by it all, because screw me, right? I loved it, and we dubbed her Sassy.

The next day we took her to the wonderful Joshua at Greencross Vets Jindalee to have the wound assessed. While most of the punctures were minor she ended up staying the night after having the remaining skin flap removed, mostly to avoid it catching and tearing further but also to minimize necrosis and infection. We picked her up the following day and she’s had twice daily washes with mild betadine solution since. Well, today we had the pleasure of releasing her! Not only that, it seems that she was not a fan of tap water and she was kind enough to let us film her having a nice big drink from the creek before swimming across to hide in the rocks and leaf litter on the opposite bank. Nice! I call that a good day’s work 🙂 Here’s a few release pictures and a video from which it seems clear that Sassy, true to her name, prefers pure mountain creek water to that Brisbane tap water I kept offering her. My bad! At least I now know better. Next snake gets nothing but Voss Artesian Water from Norway, or at least some chilled San Pellegrino, and will dine on the finest imported lizards/rodents that the jungles of Belize have to offer. 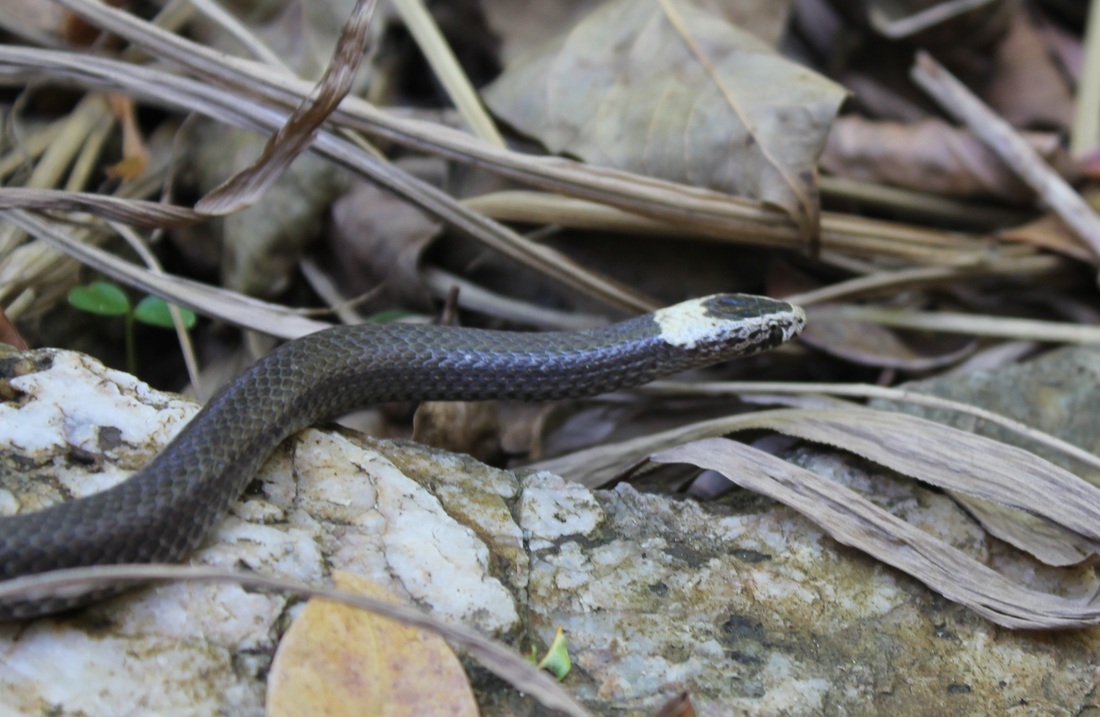 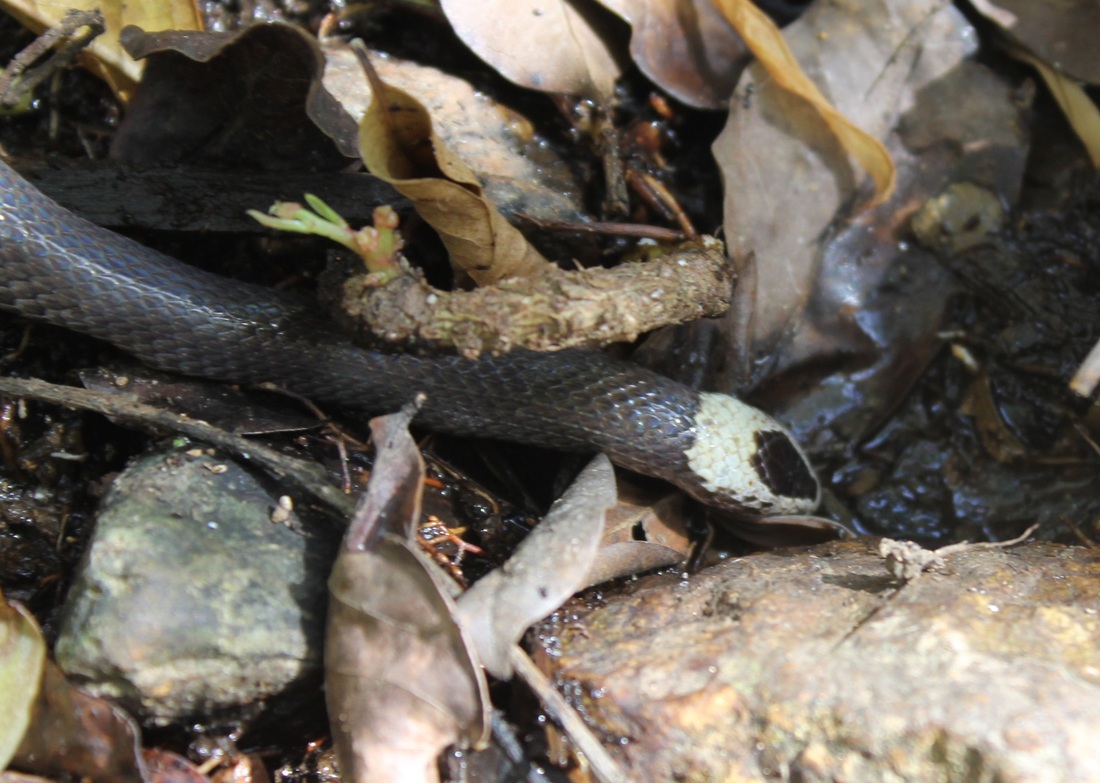 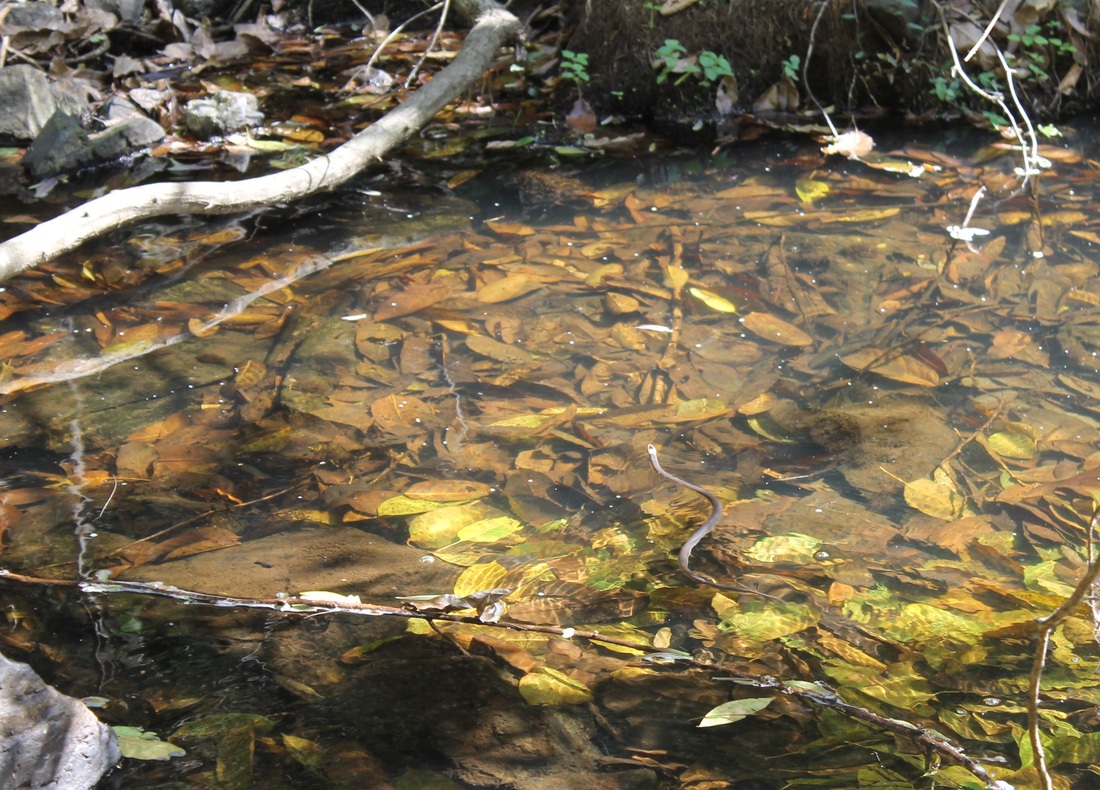 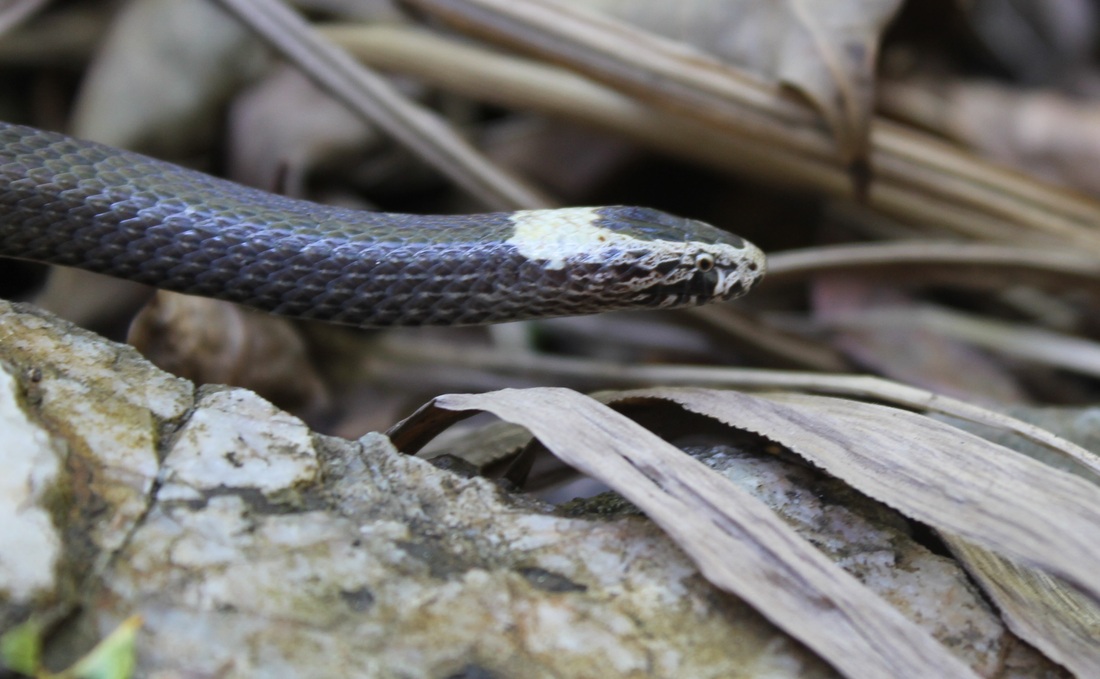 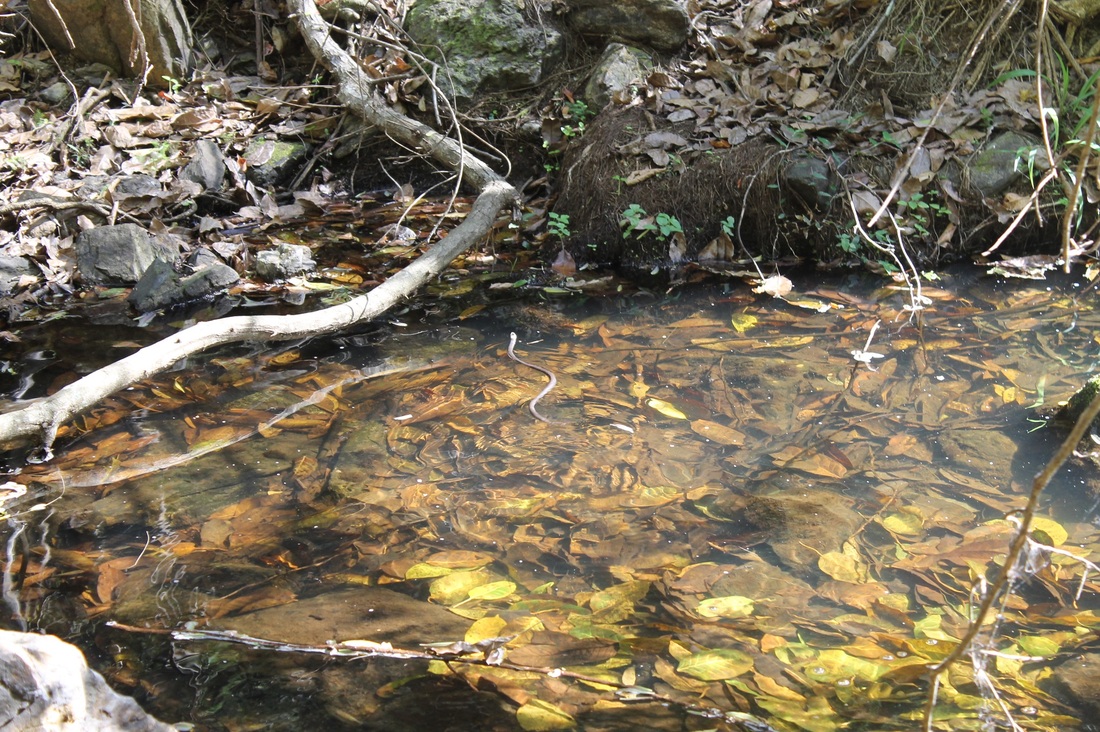 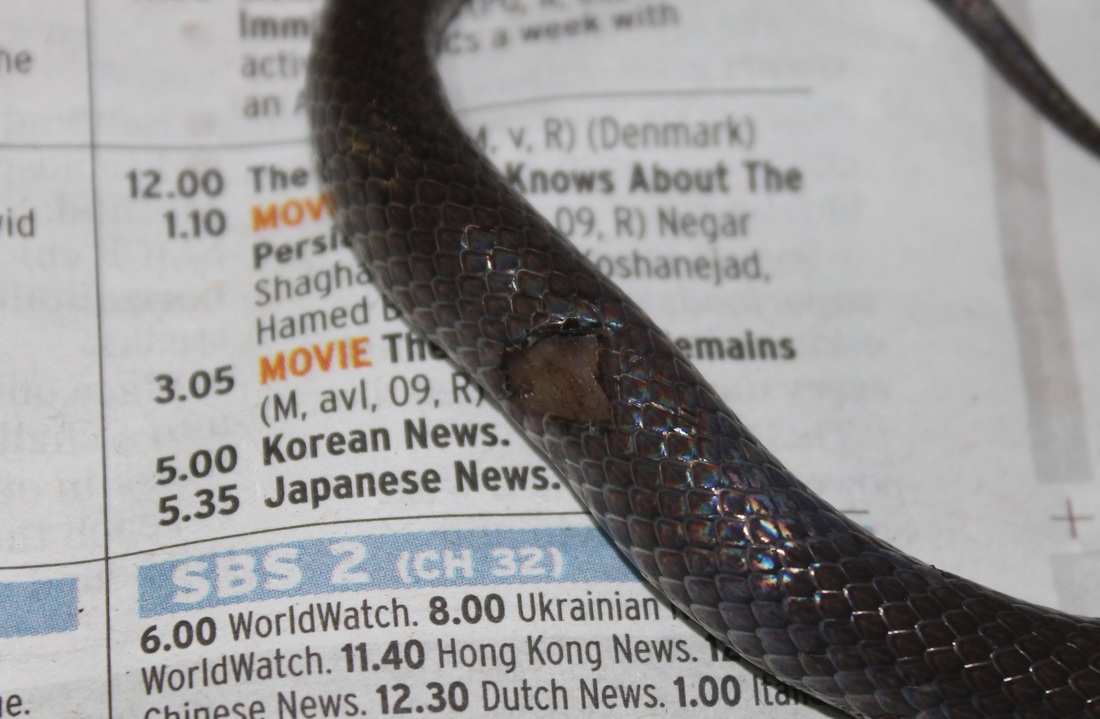 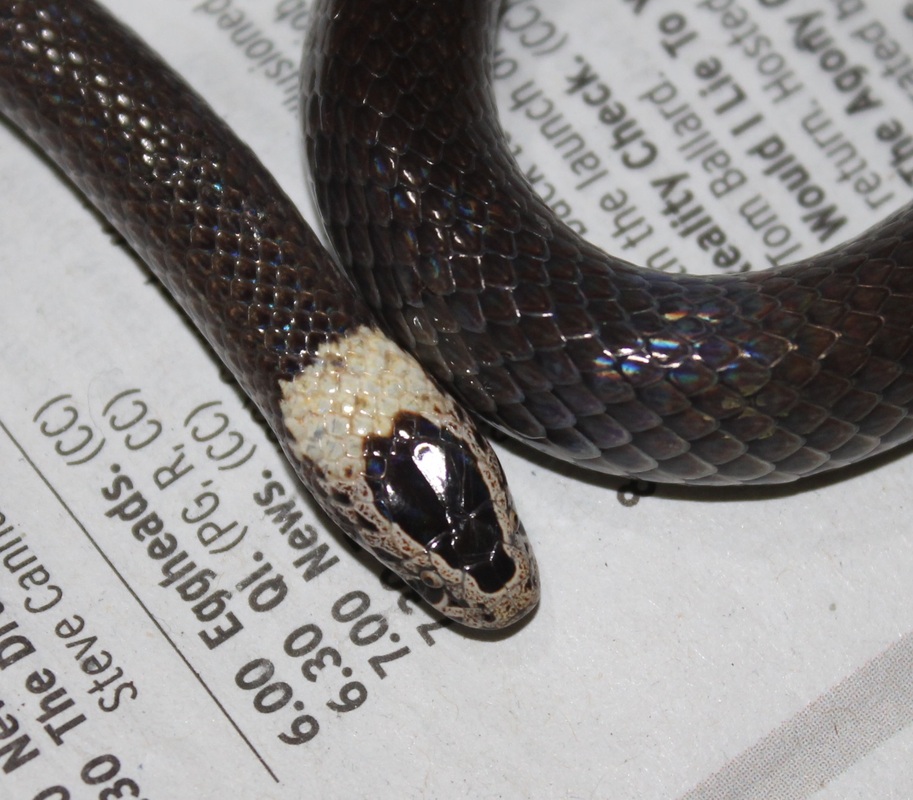 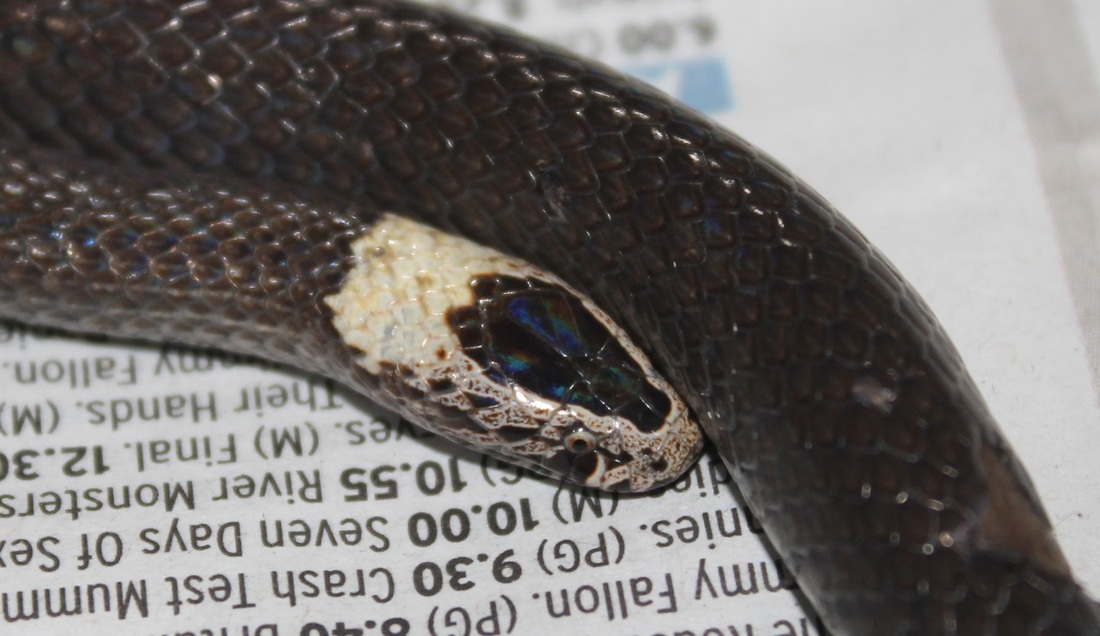 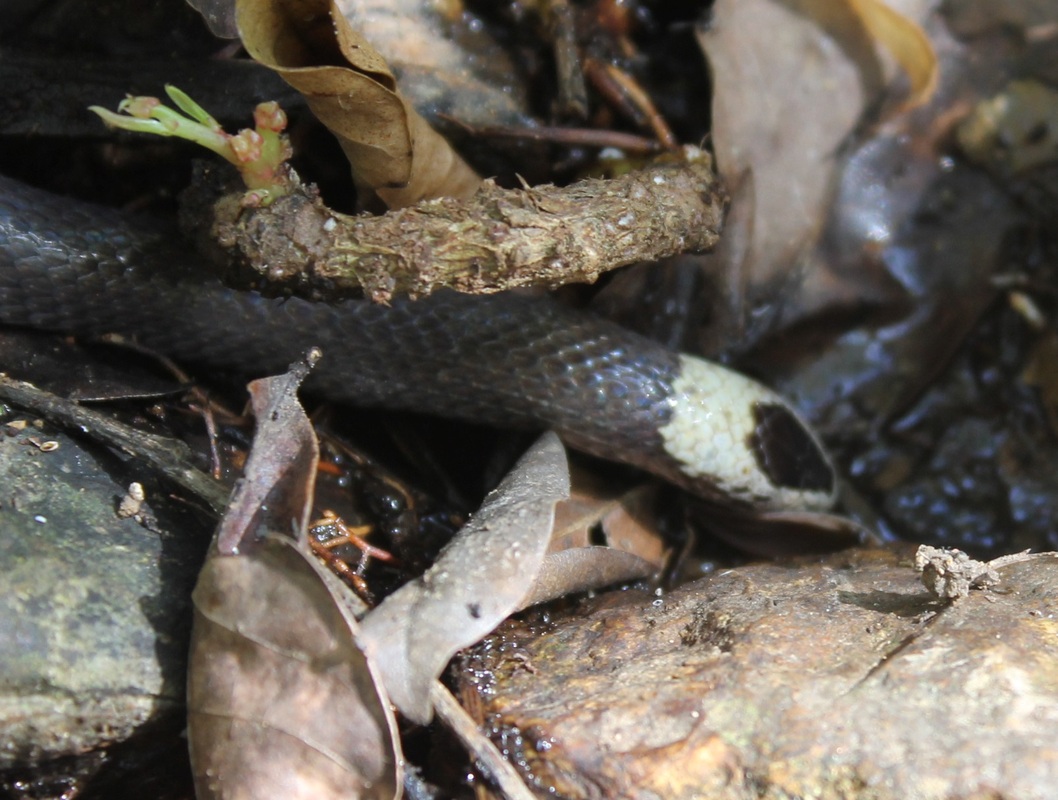