< Back to Main ID Page 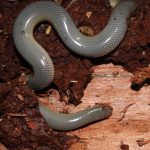 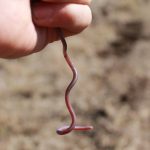 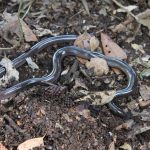 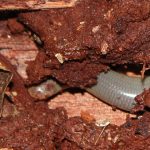 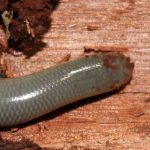 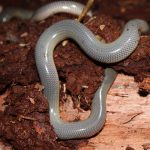 DESCRIPTION – Among the oldest snake groups on the planet. Hugely diverse and variable, black to brown to cream to pink, thin and worm-like, but hard and smooth, like moving uncooked spaghetti. Eyes reduced to small pigment spots underneath head scales as an adaptation to life underground. From thin like noodles to thick like earthworms. Family: Typhlopidae. Genus: Anilios.

ECOLOGY – Largely nocturnal on the surface. Fossorial/terrestrial, living mostly underground, in and around termite or ant colonies, where they feed on ant/termites, as well as their eggs and larvae. Often found after rain. Main, perhaps only prey item for the Bandy-Bandy (Vermicella spp.) snakes. Oviparous, ranging from species laying 1 to 20 eggs, often rather regularly.